Frontières is returning to Amsterdam with a line-up of 13 projects for the 2nd edition of the Frontières Finance & Packaging Forum. Initiated by the Fantasia International Film Festival and the Marché du Film – Festival de Cannes, with support from the Netherlands Film Fund, the genre-focused Forum invites to Amsterdam (February 22-24) 13 projects at the late financing stage to work with a select group of industry experts in finance, sales & distribution.

After an extremely competitive selection process, this year’s Forum has been expanded to include a 13th project featuring a South American team coming from Chile (THE MONSTER WITHIN, Chile/Denmark). Said Jérôme Paillard, Executive Director, Marché du Film – Festival de Cannes : “We are delighted to open the selection for the Amsterdam Forum to Latin America, thanks to our new partner CinemaChile! The 13th project coming from Chile is very promising!”

Moreover the line-up includes 12 European and North American projects with teams behind such films as FREE FIRE, CRUMBS, BASKIN, and THE TRANSFIGURATION. In addition to Chile, the represented countries are Canada, Iceland, Estonia, Ireland, Spain, Turkey, Belgium, Sweden, Germany, Denmark, the United Kingdom and the United States. The schedule of events will be rounded out with a special screening of Frontières alumnus LES AFFAMÉS by Robin Aubert, presented by Telefilm Canada in partnership with the EYE Film Institute and the Imagine Film Festival, as well as expanded networking opportunities for members of the Dutch film industry.

We’re very excited to bring together truly intriguing talents and exceptional industry leaders while in Amsterdam. This year’s Forum selection has an abundance of gifted storytelling, from a sci fi martial arts mini-epic to some truly weird and wonderful fantastic tales - showing that the creative force of the current genre industry is only going to keep growing.

After 5 years of continual development, growth, and innovation, Frontières has become the generally acknowledged leader in the genre film industry as a market and networking facilitator, and effectively works to bridge the gap between the genre and arthouse communities. Frontières is proud to have welcome to its past editions successes such as RAW, 78/52, TURBO KID, LES AFFAMÉS, HOUSEWIFE, ERREMENTARI and soon to be revealed ANIMAS. 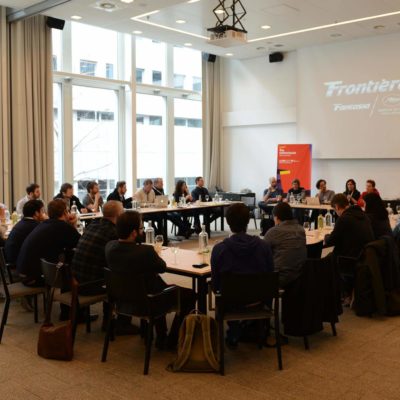 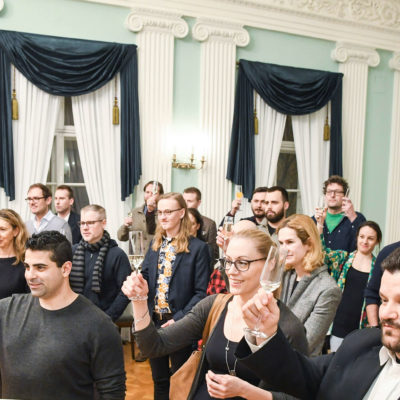 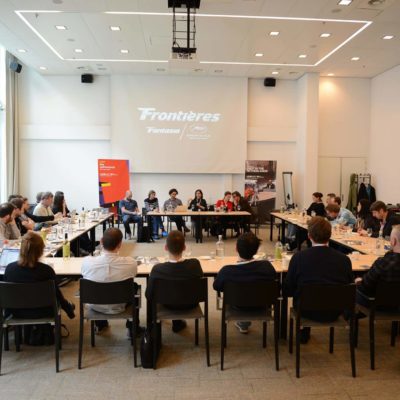